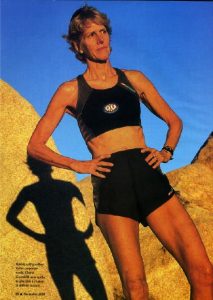 story and photos by John Segesta 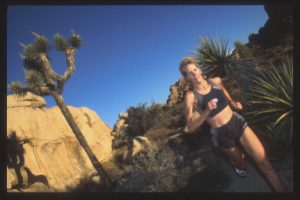 Gruenfeld does much of her Ironman training in California’s Mojave Desert near her home in Palm Springs.

As part of her school program Exceeding Expectations, Irons invites motivational speakers to Cypress. After hearing of Gruenfeld through a friend who is a cyclist, Irons invited her to her school.
“After showing a video,” recalls Lee of an earlier such engagement, “she took them through an entire simulated Ironman. For the swim she had them all put on goggles, then crowd together and jostle each other while gargling salt water. Then they hopped onto a stationary bike, ate Powerbars and pedaled furiously while she blasted them with a big fan and hair dryers. They jogged in place for the run and drank Gatorade as she broke out light sticks and pinned them to their shirts, then she had them throw their hands up as they crossed the finished line.”
Encouraged by an enthusiastic reception at Cypress, Gruenfeld asked Irons about the possibility of getting the kids in a race. “These are kids from a really low socioeconomic environment,” says Gruenfeld, “kids that have never had opportunity presented to them before, so everything’s a gift to them.” So many expressed an interest that Irons was forced to hold tryouts. One 5k running race and two relay triathlons later, 15 Cypress kids now have a new outlook on life—much like Gruenfeld herself did after leaving corporate America. 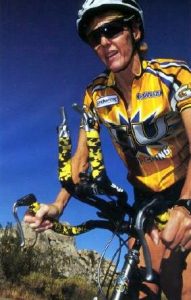